Citizenship for Spouses of Service Members 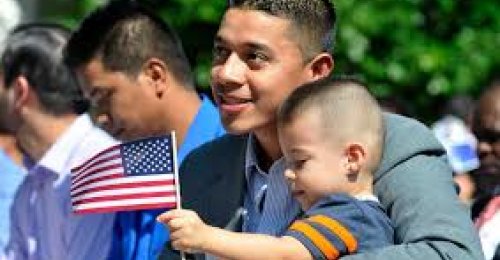 Citizenship for Spouses of Service Members

Can I become a U.S. citizen if I am married to someone serving in the military who is a U.S. citizen or permanent resident? As the spouse of a U.S. service member, you may be able to apply for “naturalization” in one of several ways.

As the spouse of a U.S. service member, you may be able to apply for “naturalization” in one of several ways.

Again, these applications are complicated. The forms and steps are confusing. And a misstep can lead to delays or application denials.

Your status as the spouse of a U.S. service member means you may enjoy some relaxed requirements. This includes, for example, a reduced permanent residency time period (normally 5 years) for some miltiary spouses. On the other hand, other requirements still apply. These include:

Even a person who appears eligible to apply for naturalization based on his marriage to a U.S. service member can run into complications. This could result in denial of citizenship or, in some cases, being placed in proceedings to remove him from the U.S.

Speak with an experienced immigration attorney or accredited representative before attempting to apply for citizenship.

Anyone with a history of criminal arrests, charges, convictions, drug violations (even if not criminal), or immigration violations should consult with an experienced immigration attorney to avoid being place in removal proceedings as a result of filing a naturalization application.

Within the U.S.: Go here to find free or low-cost legal assistance

Don't be scammed. Avoid offers of help from unqualified people.

Don't Be a Victim of Immigration Fraud

Notarios, notary publics and immigration consultants may NOT represent you before U.S. Citizenship and Immigration Service (USCIS). Read how to protect yourself from becoming a victim of immigration fraud.
Read More

This article explains citizenship for children born to servicemembers overseas. It includes children whose parents are U.S. citizens and those who are not. It also details how some children can gain U.S. citizenship.
Read More